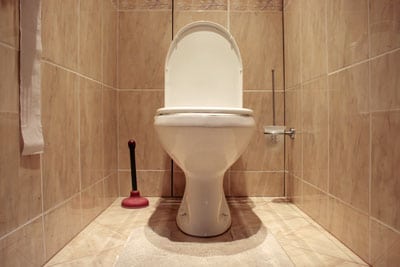 A toilet can leak from multiple places. In one instance, homeowners might notice a puddle forming around the base. This is a common occurrence and is the result of an opening at the base. Find out why you have a toilet base leak and what you can do about it.

Causes of a Toilet Base Leak

Most modern toilets have a pair of white plastic cap coverings. These cover the tee bolts that secure the toilet in place. If the bolts become loose, the toilet base will pull away from the floor and create an opening.

Another cause of a toilet base leak is a worn or loose wax ring. This is a large O-shaped ring below the base of the toilet. It’s out of sight, and you have to lift the base to locate the wax ring. The ring can erode over the years and no longer provide a firm seal.

How to Fix a Toilet Base Leak

Hopefully, all you have are two loose tee bolts. If that’s the case, just break out your toolbox and tighten them. If the bolts are already secured, then the problem is probably the wax ring. You will need to bring in a plumber to replace the ring. We do not recommend DIY wax ring replacement. For one, wax rings differ depending on the toilet model. You also have to apply caulking and examine the base area for possible mold growth. END_OF_DOCUMENT_TOKEN_TO_BE_REPLACED 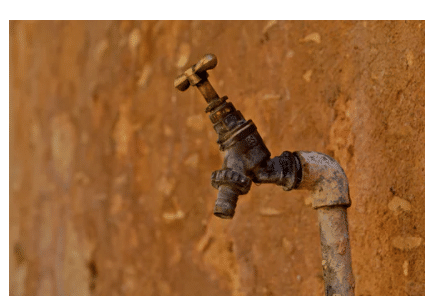 Do you live in an older home? By older, we mean homes built in the mid-1900s and earlier. Construction methods have vastly improved since then. The same goes for the plumbing. Here are some of the common plumbing problems older homes experience and what to do about them.

Homes built prior to 1970 contain galvanized iron pipes. The surface contains zinc, which is prone to corrosion. As the pipe corrodes, it affects the water pressure and could also cause water discoloration. We recommend replacing galvanized pipes with modern PEX pipes.

Older homes have a plumbing system that has remained connected to the sewer line for at least half a century. The long timeframe means that soil shifting and root intrusion has probably occurred. This can adversely impact the pipes’ connection to the city sewer line. END_OF_DOCUMENT_TOKEN_TO_BE_REPLACED 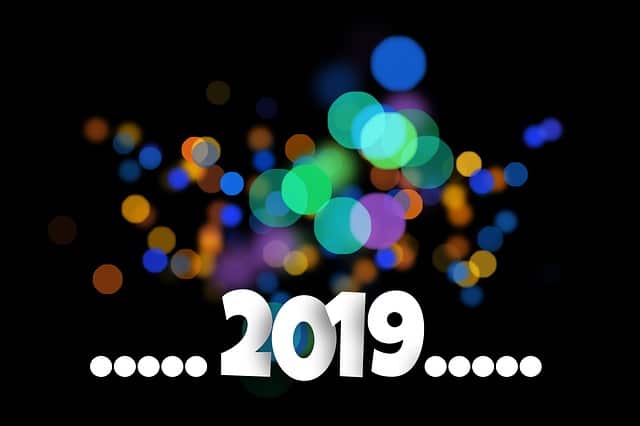 Some homeowners plan on a house remodel as one of their New Year’s resolutions. However, they often only take into account aesthetic changes and overlook functional points, such as the plumbing. You should definitely make some New Year’s plumbing resolutions for 2019. Here are three that we suggest:

We like to compare the plumbing system to a human body. Bad things go into both and causes problems over time. To better care for your drains, avoid using chemical cleaners and use a mesh strainer. Also, insulate the pipes if you anticipate frigid weather. It doesn’t have to snow for water in the pipes to freeze. A plumber can insulate your pipes. If you have the know-how, then you can insulate the pipes yourself using adhesive insulation tape. END_OF_DOCUMENT_TOKEN_TO_BE_REPLACED 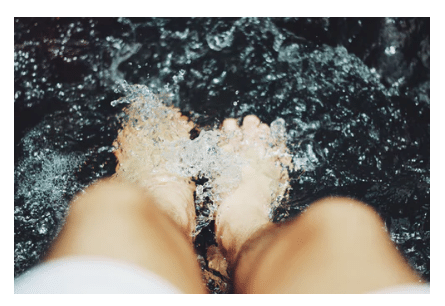 The sinks and toilets are the fixtures in your home that are most prone to backing up. Water backup from a shower drain is less common, though definitely not unheard of. What exactly causes a shower drain to backup?

Water pooling around the shower drain can be due to a number of causes. Does this occur when you use the bathroom or kitchen sink? If so, then you probably have a clog in the main line. This may also be the case if backup occurs when doing the laundry. This requires professional plumbing intervention.

If water coming up the shower drain is accompanied by foul odor, then you may have a sewer line blockage. A plumber will need to run a snake through the pipes. END_OF_DOCUMENT_TOKEN_TO_BE_REPLACED 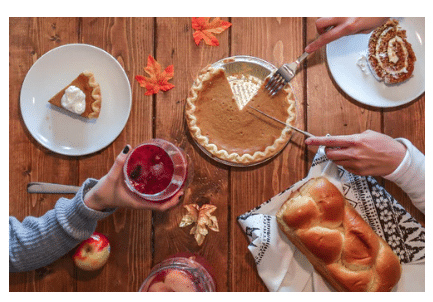 Thanksgiving is a day of delicious food, and lots of it. This also means more cooking, which entails heavy use of the sinks, dishwasher, garbage disposal, etc. This holiday, be sure not to overtax your pipes. We outline some Thanksgiving plumbing tips to follow which will keep the plumbing in good health.

The garbage disposal is not made of kryptonite; it has its limits in terms of what it can process. The disposal blades have a difficult time grinding up fibrous foods, such as lettuce, onions, and celery. Grease and coffee grinds are also a no-no. Also, avoid throwing rice in the disposal. Rice absorbs water and expands, which can cause a backup.

2. Be Careful of Grease

Most people know never to dump grease into the drain. However, we always have to remind homeowners. This is especially important since residential homes do not have grease traps. Soak up all grease and oils on a paper towel before washing dishes and pans. END_OF_DOCUMENT_TOKEN_TO_BE_REPLACED 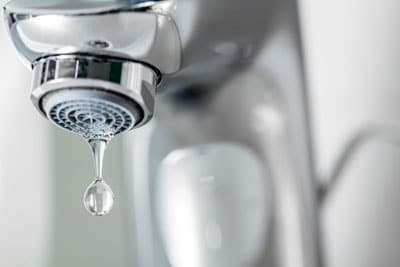 While many people don’t drink tap water from the faucet, the water is generally safe. However, at times, you may notice a strange odor in the water. Is this normal and should you be concerned?

You may notice a metallic smell in the H2O. This usually emanates from mineral deposits of iron, manganese, or zinc. These might be deposits that occur naturally in most water sources. They might also come from metal particulates from the pipes or water heater. In either scenario, this is no cause for serious alarm.

However, the metallic tap water smell could also be an indication of lead. Older pipes made before 1986 contain lead, which may leach into the water as the metal corrodes. This is a safety hazard and requires immediate attention from a plumber.

A musty odor isn’t as serious a concern as most people think. City aquafers acquire water from a source that contains algae blooms. While a filter prevents the algae from reaching the water supply, the algae’s residual smell may still linger. END_OF_DOCUMENT_TOKEN_TO_BE_REPLACED 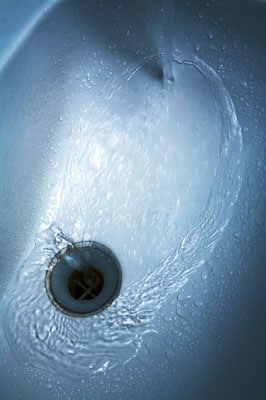 When you have a clogged sink or toilet, the first reaction is to head to the hardware store and pick up a drain cleaner. However, some homeowners also swear they use a can of soda pop to clear a drain. Is this a legitimate DIY plumbing remedy for unclogging a drain?

The Truth About Unclogging a Drain with Soda Pop

Believe it or not, this is actually a viable home remedy. How does a can of Coca Cola clear a backed-up sink drain? The power lies in the phosphoric acid, which gives the beverage the slightly tangy texture. The phosphoric acid, as suggested in its name, is quite acidic. This makes it effective as a dissolving agent. This is also why soda pop is hazardous for your teeth; the acidity erodes tooth enamel.

How to Apply This Remedy

Some people just pour in a typical 12-ounce can of soda pop to clear the drain. We suggest pouring an entire two-liter bottle. Once you empty the bottle, let the carbonated liquid sit for one to two hours before flushing the drain with water.

Keep in mind that not just any bottle of soda will work. Root beer, for example, does not contain phosphoric acid and will have no effect. We also suggest using diet soda. Regular soda may leave behind a sugar-syrupy film inside the pipe’s interior, which can cause debris to stick. END_OF_DOCUMENT_TOKEN_TO_BE_REPLACED 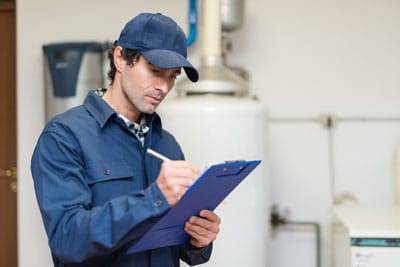 When you have a leaky pipe, you call a plumbing service; that seems pretty straightforward. However, some homeowners phone a local handyman instead. So, should you choose a plumber or a handyman? What’s the difference, if any, between a plumber and handyman? Are they simply different terms to denote the same profession?

The Difference Between a Plumber and Handyman

The main difference is that a plumber is licensed. A practicing license is required in 46 of the 50 states. Washington is among the states requiring licensure. This is why we highly recommend a plumber for issues ranging from installing a sink to repairing a heater. A plumber has completed vocational training and an apprenticeship program.

What about a handyman? The term is a bit looser and usually describes a general contractor versed in various home repairs. Yes, this might include general plumbing issues, but it also involves other services, such as carpet installation, interior painting, etc.

There are no requirements for becoming a handyman. In Washington, however, a handyman who works as an independent contractor does need to register with the state. END_OF_DOCUMENT_TOKEN_TO_BE_REPLACED 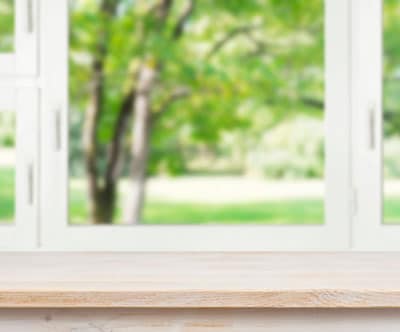 The heater is probably the last appliance on your mind during this time of year. This is precisely why you should address any potential issues. Summer heater maintenance will ensure you have a fully functioning furnace come the cooler seasons of autumn and winter.

Why Maintain the Heater in the Summer?

Even though you’re not using the heater, you’re probably using the AC on full blast. The AC and heater share the same ductwork. The two also share the same thermostat. If this unit is faulty, then it will affect both systems. This means a problem with one can affect the other. The heater and AC are interconnected, forming a single HVAC system.

Labor prices fluctuate according to demand; the plumbing and heating industry is no exception. So, heating unit maintenance prices are lower during the summer. The same goes for the AC, where repairs are cheaper in the winter and higher in summer.

The same rule applies for purchasing a new appliance. If your furnace is beyond repair, then you want to purchase a replacement during summer. Most suppliers at this time provide pre-season prices. Cost of installation also tends to be lower. END_OF_DOCUMENT_TOKEN_TO_BE_REPLACED 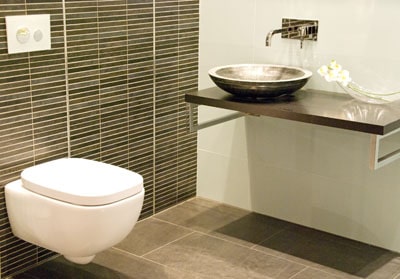 If you can throw toilet paper into the toilet, why can’t you do the same for disposable wipes? What’s the harm? While convenient, flushing disposable wipes down the toilet is unwise, even if the wipes are labelled flushable.

What Does “Flushable” Mean?

Disposable wipes with the flushable label simply means the wipes are small enough to fit through the drain pipes. An accumulation of these wipes can still clog drains. As far as “disposable” goes, that means you discard them—in the trash—after a single use.

We can’t tell you the number of times our plumbers have cleared a toilet clog. Want to guess what the primary source of the clog was?

Other Problems with Flushing Disposable Wipes Down Toilet

Disposable wipes are also non-woven. This means the material consists of multiple natural and synthetic fiber types, such as cotton, rayon, and plastic resins. Some of these materials are non-biodegradable or they take an exceptionally long time to fully disintegrate. This contrasts with toilet paper, which manufacturers designed to disintegrate when the material comes into contact with water. END_OF_DOCUMENT_TOKEN_TO_BE_REPLACED

Ended up not needing any work done but they came out and inspected my home for free and explained the issues we were seeing and how to prevent them from returning in the future. Very kind and honest men. I would definitely recommend them and call them for any plumbing work I may need in the future.

Friendly and professional. We called 3 other plumbers in our area, and only one called us back. Darrell and Thomas came out to fix our bathroom DIY remodel. Darrell was willing to even help give advice for other projects we have going. Will definitely use them again.

Thomas came out the same day and got my tub faucet to turn off. What a relief.